When puppeteer Cheryl Capezzuti starts a project, she usually goes big, and by big, we mean giant. So it comes as no surprise that her next big idea involved 10 foot tall puppets. 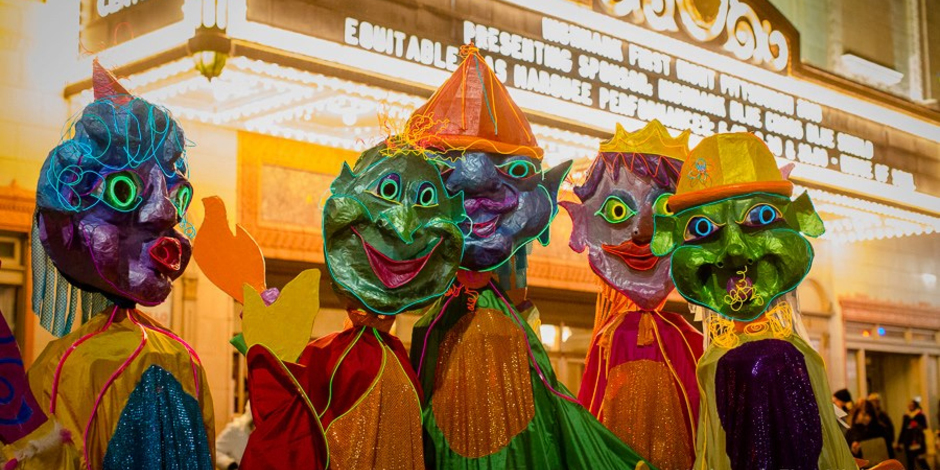 Best known for her work as creative director and master puppetmaker for the First Night Pittsburgh parade, Capezzuti has been devoted to making puppets for over 22 years.  She has amassed a collection of nearly 200.

This time her project involves participants donning giant puppets and joining a pop-up Zumba dance class in a Pittsburgh park or other public venue. She plans to work with local organizations to create Giant Puppet Dance Club experiences during already planned events.

Capezzuti notes this project idea came about for one simple reason.

“Community connection — when people from different places with different kinds of faces join together to laugh and share an experience, we can see ourselves in our fellow humans,” she said.

Awesome Pittsburgh awarded Capezzuti a $1,000 grant, which she intends to use for certified Zumba dance instructors to lead the classes, and for the cost of maintaining the puppets during the project.

The grant is expected to cover five pop-up Giant Puppet Dance Club experiences in the greater Pittsburgh area, beginning with Braddock Community Day in August and ending with the Brighton Heights Halloween Festival in October.

“Awesome Pittsburgh recognizes that the arts are critical to healthy communities. This project is about joy and laughter, and brings together diverse people to engage with their fellow neighbor. It’s one more program that makes Pittsburgh awesome.”