Jasmine Cho decided to ride the wave of cupcake popularity by putting her own Asian-American spin on things, and the payoff has been quite a surprise to the Korean-American, Los Angeles, CA native.  To raise awareness of Asian-American culture in Pittsburgh, she began the Cupcakes & Culture Series, the first of which was held in late July at Biddle’s Escape, a coffee and bead shop in Regent Square (Wilkinsburg). 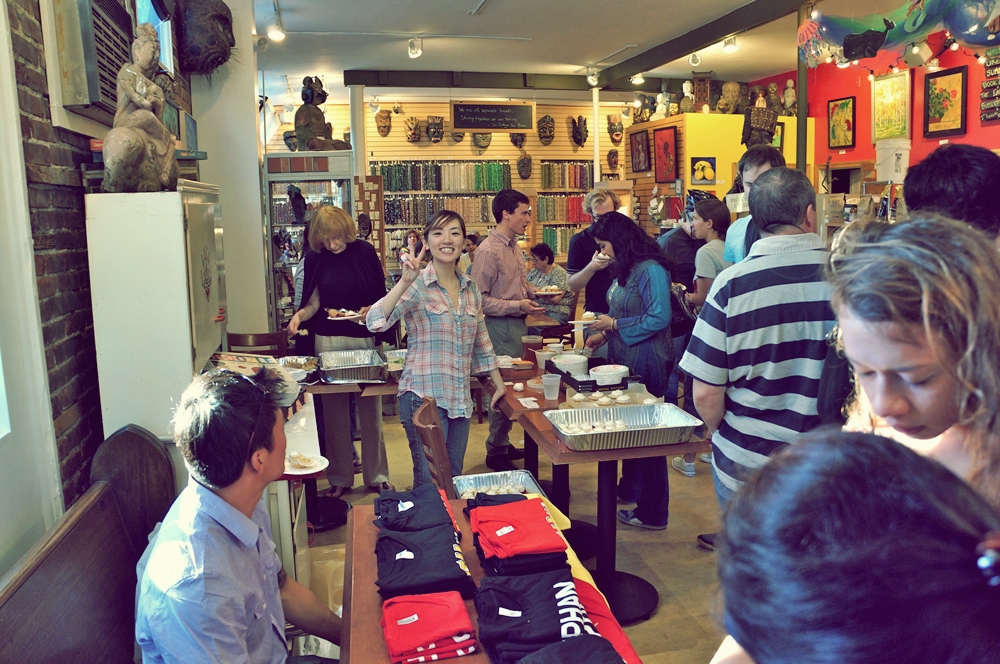 Jasmine has three goals for the series:  to bring the local Asian American community together, to bring the wider Pittsburgh community in touch with Asian-American population and culture, and to build retention of young diversity in Pittsburgh by enriching its multicultural atmosphere.

With more than 200 people attending, the first event was a complete success. Three weeks later, Jasmine found out that Awesome Pittsburgh had awarded her idea with our most recent $1,000 micro-grant. She had applied for the grant at the same time as planning the series, and the timing could not have been better.   Says Jasmine,

“After the initial shock [of winning] faded, I was totally ecstatic and giddy.  Afterwards, I was suddenly overwhelmed with emotion. I’ve been working so hard and trying to overcome certain challenges coming at me at every angle, so when I found out that I won the grant, it felt like that toil paid off. Overall, I was just so moved that my efforts are being recognized and supported.  Right now I’m just so grateful and want to live up to the awesomeness!”

She’ll use the $1000 grant to help transform each of the future venues into something spectacular.

Jasmine Cho moved to Pittsburgh from Hawaii in 2009 and soon afterwards, formed the Pittsburgh Asian Network with a vision to strengthen the local Asian American community as well as raise the network’s visibility in the mainstream. Through her business, Yummyholic, she hopes to enhance Pittsburgh’s multicultural atmosphere with Asian-inspired fun and sweets.  Cho believes that the Cupcakes & Culture Series can blend education and entertainment together into something fun, vibrant, and enlightening for the city of Pittsburgh; her primary target audience is college-aged students and young professionals.  The series’ five events will each feature a different element of Asian-American culture, free cupcakes and finger foods from Asian eateries, free music and entertainment, and free information and literature from local Asian diversity organizations.

The next Cupcakes & Culture Series event will offer an Asian horror theme and take place on Thursday, October 24, at Cavo (Strip District).  Jasmine hopes to find volunteer artists or art students who could build décor, and would also appreciate help with set-up and break-down duties on the day of the event. Potential volunteers, partygoers, and partners can contact Jasmine through Facebook or email helloyummyholic [@] gmail.com.